Subtypes : for a paradigm shift and an integrative view. 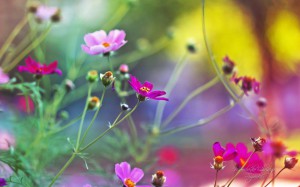 Naranjo is credited to have the first put the personality disorders of DSM IV in the Enneagram (in character and neurosis), but Ichazo before propounded his own classification.

Beside the fact that these two classifications shows some huge differences that nobody has pointed out nor clarified (why 7 is narcissicist in one and schizotypal in the other ??), we question the even fact to classify Axis II diagnostic system of DSM-IV in the nine enneatypes.

Second, we question also the tendency to pathologize both the types and the subtypes by giving pathologizing names. Each type or subtypes can be described on the whole spectrum from pathology to psychological maturation and spiritual qualities.

Jeffrey Young an American psychologist works on a new therapy that deals with Early Maladaptive Schemas (Schema Therapy). Early Maladaptive Schemas are self-defeating emotional and cognitive patterns that begin early in our development and repeat throughout life. According to this definition, an individual’s behavior is not part of the schema itself; Young theorizes that “maladaptive behaviors develop as responses to a schema”. Thus behaviors are driven by schemas but are not part of schemas.

As note Jeffrey Young (in his book, Schema Therapy), “we believe that the Axis II diagnostic system in DSM-IV is seriously flawed. In an attempt to establish criteria based on observable behaviors, the developers have lost the essence of both what distinguishes Axis I from Axis II disorders and what makes chronic disorders hard to treat. According to our model, internal schemas lie at the core of personality disorders and the behavioral patterns in DSM-IV are primarily responses to the core schemas.For most DSM-IV categories, the coping behaviors are the personality disorders. Many diagnostic criteria are lists of coping responses”.

In our fifteen years of clinical observations on more than 2000 subjects, we clearly saw that the personality disorders of the DSM IV, as behavioral pattern, is connected to the subtypes rather than the types that are linked to the cognitive and emotional core schemas.

For example, type 6 is the schema of vulnerability. If the subtype is more introverted, the individual will surrender to his schema (phobic 6), and if he is more extraverted he will counter attack his schema (counter phobic 6). The type 7 is the schema of self-sacrifice. If the subtype is introverted, he will surrender to the schema (sacrifice) and if he is extraverted he will counter attack it (counter sacrifice or epicurean). It’s exactly the same with the nine types as we already stated earlier (#EM 206). Note that we have adapted Jeffrey Young schema therapy to our new enneagram model, and our results show slight differences.

Our goal is to re define types and subtypes in that sense:

That’s the topic of the present article for subtypes.

To be published soon in Enneagram Monthly. Stay tuned !