From the Angel Rochel to Proserpine (2) 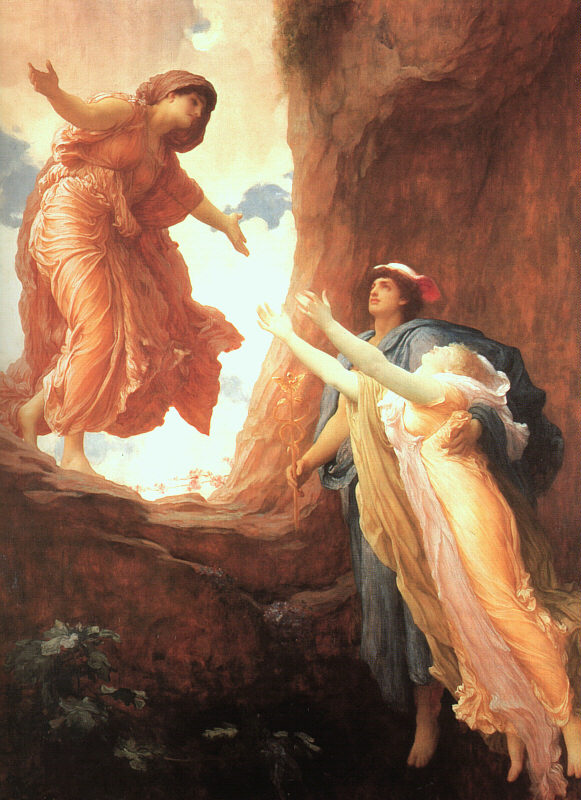 The return of Proserpine

About Proserpine, here is a short excerpt of an article that should appear soon.

This excerpt completes a previous post on this blog, devoted to Angel Rochel

The mysteries of Eleusis, the main and oldest cult of the Greek religion, lasted about 2000 years (-1450 to + 392). They were closely connected to the myth of Demeter and Persephone.

The myth reflects the notion of transformation and the cyclical nature of life. Existence does not stop with death because there is no death; There is only the change from one state of being to another, symbolized by the decomposition of the seed in the earth and its reappearance in the form of a living being which rises towards the light.

Thus the initiations to the mysteries of Eleusis were probably close to what the survivors of the experiments of imminent death (EMI) report or what is experienced in transpersonal therapy, during the holotropic breathing sessions (what the psychiatrist Stanislav Grof called the perinatal matrices).

There is, then, in the complex of Proserpine a strong need for spiritual initiation to the truths of life and death, of deep exploration of the psyche and of complete and radical transformation of being without compromise for worldliness and the superficial visions of reality. These people are shamans, spiritual healers, mediums. They have a great aptitude for the phenomena of trance, they have visions and they naturally have psychic powers – healing, clairvoyance, telepathy, …

The dynamics of Proserpine through myth is centered around fusion and separation, possession and emancipation, ignorance and knowledge.

In the first part of his life the Proserpine individual is in fusion with or possessed by one or both his parents, and possibly later by a spouse.

She is too kind, unable to say no, hard to know and to respect her limits, victim, impotent, present of compassion, sensitive to the needs of others, too emotional, difficult to name emotions, imaginative, great need to withdraw, to isolate himself, a child who plays alone, his sensitivity does not conform to family norms, unorthodox, unconventional, traumas in childhood physical or psychic, woman child unaware of its sexual attractiveness.

Although the subject has propensities to mystical work, spirituality often bursts into life suddenly or even brutally in the form of mystical experiences, meeting with a partner or a master. This can also be the result of separation or grief.

This event will initiate the demerger, the separation from the family environment, which often leads to quite strong reactions from those who exercised a power over her (like Demeter).

From this moment the subject Proserpine will start a process of reintegration of his inner power. She is able to tell her truth rather than wanting to please others, knows how to put healthy limits, knows how to take care of her, has reinstated her masculine interior, the animus, which means that she developed her affirmed nature, and active, music, nature and mystical experiences recharge it, it is mystical, visionary, connected with spiritual guides and minds, it becomes capable of guiding others in their subterranean worlds, with great finesse, compassion, of intuition and of wisdom.

Sometimes, and this is the other aspect of the Proserpine planet, the subject will identify with Demeter, the possessive, jealous, vindictive and cruel mother who regents and instrumentalises those around her, her partner and her children. If those on whom it exercises its power try to get rid of it, it can become very hard or emotionally blackmail. It is often at this point that she begins a process of transformation where she can accept that loving attention to her loved ones goes hand in hand with a full and complete acceptance of the suffering of a separation that sooner or later come.

Finally, Proserpine teaches us to become aware of the impermanence of phenomena and of human life in particular. It teaches us to face the fear of death in order to do the work of growth and let go. To see beyond the captivating shimmering of appearances, to transcend the attachment to possession in order to realize the non-existence of phenomena and the Self, is the ultimate teaching delivered by Proserpine.