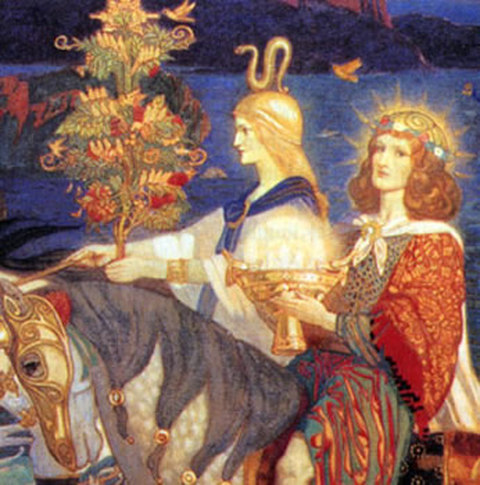 Enneagram and Self Mandala

For more whole and  complete  research , please, you can read our articles in Enneagram Montly, specially on the subtypes ( edited on this blog also ).

Some books are already written, but are only courses’s material for advanced students

A book for public is being written …

See also, about the History of the Enneagram , some more material

Enneagram is a tool whose origin is mysterious. Soufis call it the sign of presence of God. We are indebted with G.I. Gurdjieff to have revealed, in the years 1920, for the first time in the west this remarkable system. However its systematic use in comprehension and analysis of human psyche  goes up in Oscar Ichazo in the years 1960. Laleh Bakthiar published a remarkable work in 1994 raising for the first time the veil on the soufi approach of enneagram.

Bernadette knew enneagram in contact with her Master, Venerable Dhiravamsa, respected Buddhist teacher, having himself studied it with Claudio Naranjo in the years 1970.

Frederic is a doctor, classical homeopath since 1986, also Dhiravamsa student.

In order to understand the importance of this discovery, it is necessary to recall that homeopathic therapeutic treats the individual as a whole in his three dimensions physical, energetic and psychic. 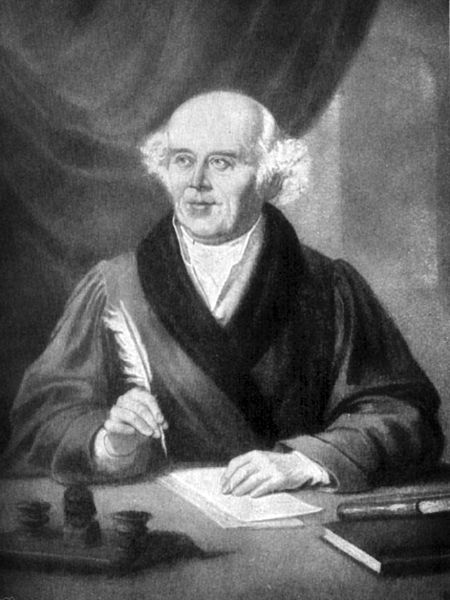 Samuel Hahnemann, founder of the Homeopathy

In this medical approach, the practice showed that a single substance will balance a single individual. This substance is called the Simillimum. All the quest of the homeopath pratictionner is to determine this famous graal : the Simillimum.

In homeopathy, in order to facilitate this research, the experts are accustomed to diagnosing as a preliminary the miasma and the kingdom of their patients. There are three miasmas (psora, sycosis and luesis) as well as three kingdom (mineral, animal, plant). The correct diagnosis of miasma and kingdom will point towards a certain group of specific remedies. However this research is difficult, because there exists nearly 3000 remedies in the homeopathic pharmacopeia. So that the homeopaths use only approximately a hundred of these remedies in 80% of the cases.

The discovery of Bernadette and Frederic made it possible to largely facilitate the diagnosis of miasma and kingdom. Indeed, their clinical practice showed that the prevalent center in the enneagram determines dominating miasma and in the same way the prevalent subtype that of the dominating kingdom. This is objectified in the following table :

The clinical results, in term of cure, were spectacular with a much larger number of remedies used. This  encouraged us to continue and look further into our research. From this date, Frederic systematically used ‘ enneagram aq a tool to find Simillimum of his patients. It was thus a question of posing a reliable and valid diagnosis of diagnosis of the type and subtype, without what the homeopathic remedy will be approximate even false, and the patient could not cure. It was not possible to us, to play with the health and the life of the patients. For that, we were obliged to develop sure and valid diagnostic competences.

The only knowledge which we had at that time was that bequeathed by Oscar Ichazo and Claudio Naranjo on the three centers, the nine types and the three subtypes. That was already interesting but quite insufficient to achieve our goal in term of clinical diagnosis.

Our methodology was as follows.

The first question was to try to increase our knowledge. However on the contraty of other traditions, in enneagramme nobody is the depositary of an ancient and traditionnal knowledge. We can find taoists Masters which keep a profound knowledge on the five elements and the art of curing in the Traditional Chinese Medecine. There are Buddhist Masters able to transmit us more knowledge of Buddhist medicine and tantras, describing subtle energies of the body. But there does not exist, to our knowledge, a Master in enneagram, holder of a knowledge on this subject. We were to manage by our own means.

Insofar as the analogy homeopathy and enneagram had functioned very well, we sought other analogies in other systems in only and single goal to increase our knowledge of enneagram and thus our diagnostic competences. Our presupposed were as follows:

1/If the various traditional systems describe the same human being as well, so it must be possible and legitimate to carry out bringings together between its systems.

2/Any bringing together with an external  system to enneagram must allow a better comprehension and increase our diagnostic competence of it.

3/ the clinical results in homeopathic term of cure must improve.

4/ Any lighting brought on by an external system to enneagram, having responded to criteria 2 and 3, can be integrated into the new model which we can consequently called the synthetic enneagram.

We have throughout all our work  confront, with the crucible of the daily clinical experiment, each assumption, and, drawn aside all those which were unfruitful or sterile.

The anthropological model with which we worked allowed us to understand that the types and subtypes of the enneagram are understood, in somatic, energetic and psychological terms, as all the ancient traditions eastern or western. Each type or subtype expresses itself in its three psychological, energetic and somatic dimensions.

The enneagram structure is concerned with the dynamics of an individual in the enneagram. We have named it an inner constellation. This includes: the main center in which is the main type (or major fixation). The main type has a wing and two arrows. It then includes two minor types (or minor fixations) in the other two centers. Finally, we find the main subtype. We find mathematically 1080 possibilities of constellations. Our major challenge was to have the ability to diagnose the constellation of the patient presenting to our consultation reliably, quickly and above all reproducible.

We thus started by comparing the three centers, with, primarily, three moods of the ayurveda and the three psychic poisons of Buddhism. Then we found the bond between the nine types and the five elements of the taoism, the ten sephirots of the cabal, the ten paramitas of Buddhisms and the major prototypes of the tarot.

We soon discovered the existence of the Yin and Yang modes. Indeed, in terms of Taoist energy, each of the elements (Metal, Water, Wood, Fire, Earth) comes in a Yin or Yang mode. Thus there are individuals Metal Yin and Metal Yang, etc. This led us to observe that each type could, in the same way, be declined in a Yin and Yang mode. For example, type 7 was clinically connected to the Wood element. We could observe  Yang 7 Yang and Yin  7 types, respectively analogous to a Yang Wood and a Yin Wood. Type 7 Yang corresponds to type 7, epicurean, classically described by Naranjo and the enneagram schools. Type 7 Yin, presents itself as an inhibited, complexed, whimsical individual, lacking self-confidence.

One of the evolutions more fulgurating was working  with the subtypes.

Indeed, the twenty years practice of clinical observation of the patients, in homeopathy, allowed Frederic, to discover that there existed, clinically, two quite distinct alternatives, of sexual subtype]. These two alternatives corresponded to the obviousness with the two polarities of the energy sexual which we decided to name: sexual Mars and sexual Venus.

It is clearly understood that there are men Mars and Venus, very as much as it exists, of the women Mars and Venus. The individuals of sexual subtype Mars presented an energy combative, vigorous, active and aggressive whereas those of sexual subtype Venus presented a soft, sympathizing, charming and vulnerable energy. This difference was such as we could speak about a fourth subtype.

Working  with the four subtype enabled us to make an immense jump ahead, as well as regards knowledge as of diagnosis. Indeed, compress us that considerable people who were identifiéesd or whom we identify, to types 4 were in realities of another type, but of sexual subtype Venus.

This opened to us the door with a whole series of possible errors and thus of differential diagnoses. To clarify this knowledge of the four subtypes[, we based us on the four elements of the ayurvedic and hippocratic tradition (Earth, water, fire and air) and the four psychic functions described by Jung (thought, intuition, feeling and feeling).

We also could, to put the somatotypes of Sheldon in bond, not with the types, but indeed with the subtypes. This was still of vital importance in term of comprehension of the enneagram and diagnosis. This led us to discover a fourth mesomorphic somatotype. Each one knows that the three somatotypes describes by Sheldon are resulting from the three layers embryologic endorderme, mésoderme and ectoderm. Our clinical observation enabled us to discover this fourth somatotype which we called mesomorphic Venus, in opposition to mesomorphic Mars, which is the mesomorphic traditional one described by Sheldon. However this clinical discovery could find a base embryologic, since the mésoderme which is the intermediate layer gives rise to two main categories of tissues, on the one hand, the  ostéo-muscular tissue and, on the other hand, the urogenital system. The  ostéo-muscular tissue is the embryologic base of mesomorphic Mars and the urogenital system of mesomorphic Venus.

The bonds between the four subtypes the four elements, the four functions psychic of Jung as well as the four somatotypes of Sheldon have enabled to us to draw up a remarkable and complete cartography subtypesof the enneagram.

One of the last discoveries we made was the application of the Yin and Yang mode to the four subtypes, allowing us to individualize 8 subtype variants. The eight variants of the subtypes were related to the eight psychological types of Jung, the eight characters of Gaston Berger, and the eight trigrams of Yi King.

This led us to the understanding that the enneagram is the perfect representation of the Mandala of the Self.

The mandala, the archetype of the self, is according to Carl Gustav Jung’s research represented by the union of opposites, the feminine principle and the masculine principle. In all times and in all traditions, even numbers have represented the feminine side and the odd figures the masculine side; figures 3 and 4 have been marked by this symbolism.

But our research on the enneagram led us, far from all expectations, to this conclusion.

The enneagram thus describes the union of the masculine principle with the feminine principle.

The 4 is symbol of matter, structure, foundations, mother. In this we penetrate the symbolism of the subtypes and understand it as strongly linked to the innermost depths and instinctive archaisms of being, but also to its soma and bodily experience, sensations. In this sense, the term “subtype” does not correspond to a “sub” -division of type, but to a reality which is inscribed very deeply in the being “under” the type, in the same way as the subconscious is symbolically placed “under” the conscious. It is represented by the square in the center of the circle describing the four sub-types and their eight variants.

The 3, symbol of the spirit, the sky, the father opens the door very largely on the symbolism of the types expressing in all its splendor the complexity of our personalities and our neuroses. It is represented by the circle describing the three centers, and the nine types in the enneagram.

The enneagram, the mandala of the self, expresses in all its beauty the divinity of the being which can express itself as confusion (the neurotic or fixed aspect of the types and subtypes) or as wisdom (the waking or released types and subtypes).

Our current research allows us to grasp the awakened aspect of the four subtypes related to the wisdom energies described in Tantric Buddhism. We reserve this for a later article !