The Jungian Functions in the Enneagram 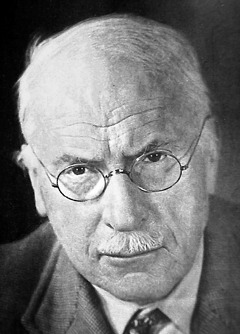 Through the study of analytical psychology, Jung explained the idea of quaternary or wholeness. Quaternary is a total of four parts combined to create a whole and in this case, quaternary describes the completion of human beings.

In the psychology of Jung, people have four elements or a quaternary as fundamental patterns depicting thoughts and behavior.

As a circle is whole, there are four equal parts pieced together to form the thoughts of human beings. In the same way, the quaternary composes every individual with four pieces perfectly fitting together to create wholeness. The mandala is an example of quaternary in a depicted form. Carl Jung explained the quality of four parts or the quaternary in people. The pieces are as follows, the mind or intuition, the body or sensation, the intellect or thinking, and emotion or feeling. The four elements or quaternity as described by Jung create the basis of every human being.

Our discovering of the fourth subtype (see more EM, issue 200,  ) leads us to give to enneagram the missing part : the female aspect of the totality or the Self. The three centers and the nine types symbolize the male aspect, and the four subtypes the female aspect. The union of the two, is the sacred marriage of the opposites.

On the contrary, and as Jung himself stated, each function is correlated symbolically to an element like that : Sensing : Earth, Feeling : Water, Intuition : Fire and Thinking : Air, so it’s very easy and logic to correlate the four functions to the four subtypes like that :

We can represent these four functions with the four Subtypes, with their Yin(Introverted) and Yang (Extroverted ) aspects,  on this schema : 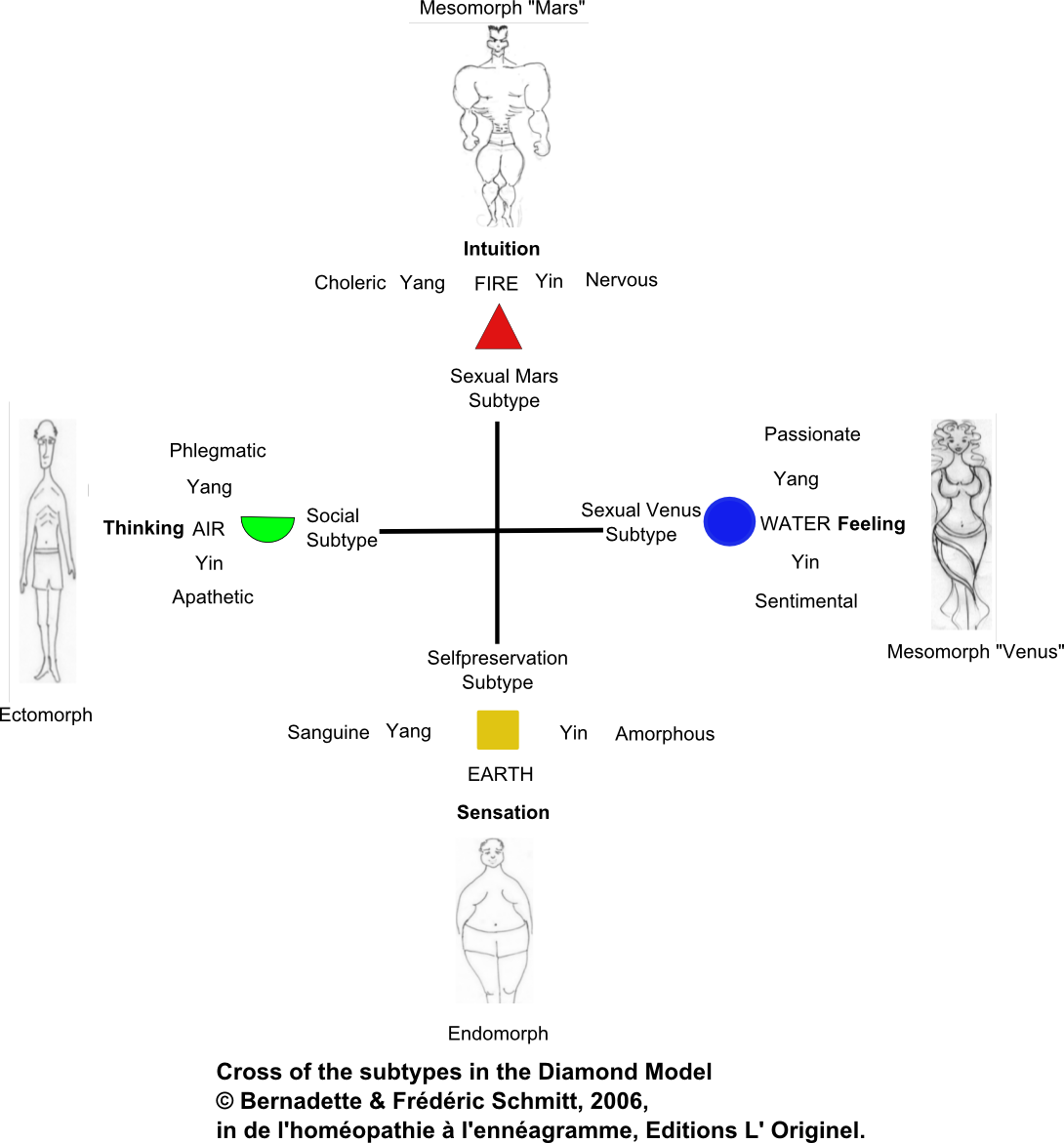 In this diagram, the four subtypes are represented in the form of Jung’s famous cross, with the corresponding four elements (Earth, Water, Fire, Air), the four psychic functions of Jung and the three somatotypes of William Sheldon (plus the new somatotype “Venus” we discovered). Each Yin/Yang aspect of the four subtypes, corresponds to the eight characters of the French psychologist Gaston Berger, as well as the eight psychological types described by Jung. (For more details on that topic see EM # 200).

You can find some more  explanations on the 8 Jungian functions :

A whole article of the subtypes will be published soon in EM. Patience !!

2 Responses to The Jungian Functions in the Enneagram